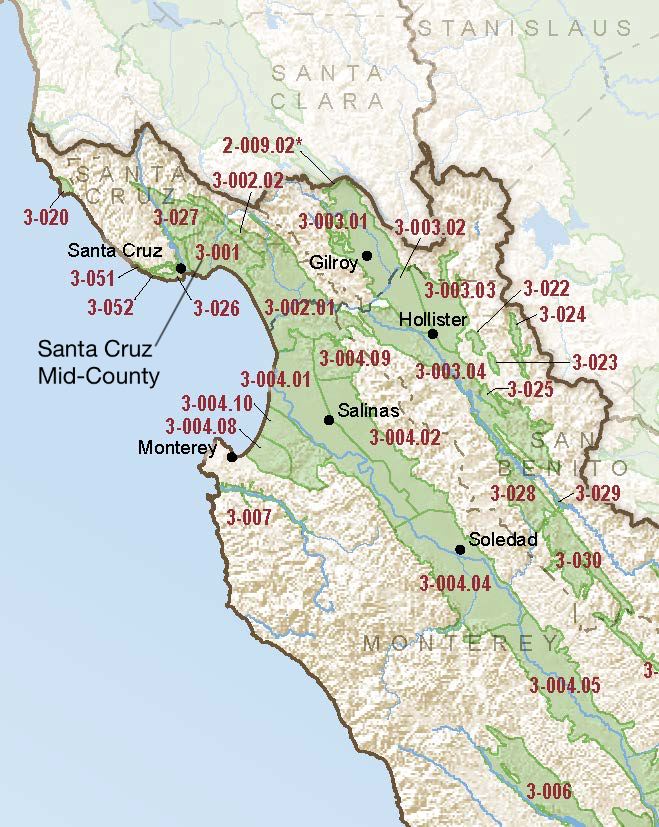 Located in California’s Central Coast hydrologic region, the Santa Cruz Mid-County is 36,290 acres in size. This High priority basin is home to an estimated 84,933 people (2010 value), which have been at a rate of 0.

2015: Identified as a critically overdrafted basin.