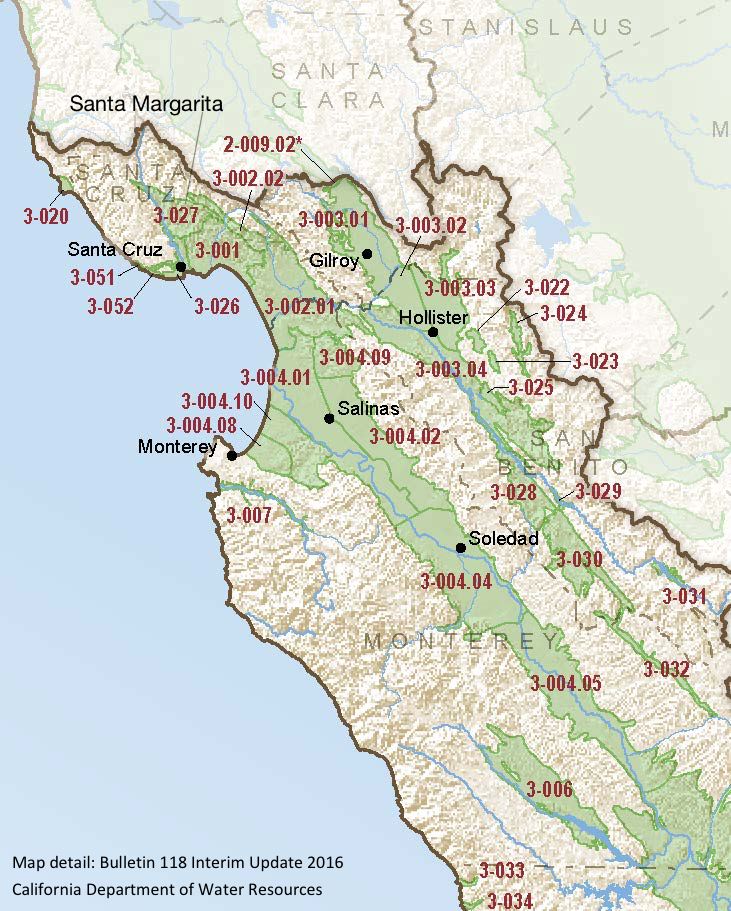 Located in California’s hydrologic region, the Santa Margarita (Scotts Valley) is 22,249 acres in size. This Medium priority basin is home to an estimated 26,921 people (2010 value), which have been at a rate of .

2) There is always concern about seawater intrusion into the Base wells resulting from water extraction exceeding the safe yield of the individual basins. For instance, by 1952 the Ysidora Narrows well in the Santa Margarita River basin showed evidence of seawater advance as far as 3-miles upstream due to pumping in the basin (California Department of Water Resources 1956). However, frequent monitoring and extraction control of key sentinel wells appears to have helped prevent such contamination from occurring in recent years. By maintaining a five-foot static water level at this critical well site, seawater intrusion has apparently been avoided* (Leedshill-Herkenhoff 1989). Source: Santa Margarita Valley Water District