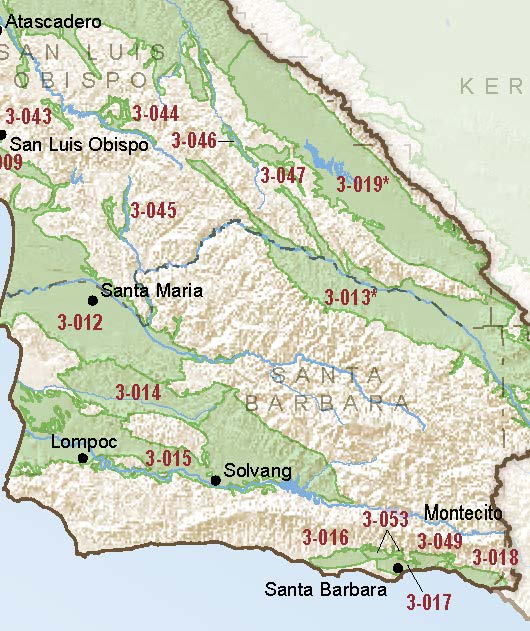 Located in California’s Central Coast hydrologic region, the Montecito is 6,144.71 acres in size. This Medium priority basin is home to an estimated 9,667 people (2010 value), which have been at a rate of .

2011: In 2011, the Montecito Water District obtained approximately 82% of its water from the Santa Ynez River System, 4% from the State Water Project, 11% from Doulton Tunnel intrusion and relied on the Montecito Groundwater Basin for 3% of its yearly production needs. Review of water quality for recently tested MWD wells shows no quality degradation when compared to previous years. Studies also indicate that seawater intrusion is not a significant problem in the basin. It is thought that deeper aquifers of the basin are protected from seawater intrusion by an impermeable offshore fault. However, some encroachment of seawater might occur in shallower aquifers during periods of heavy pumping such as during the early 1960s. Source: Santa Barbara County Groundwater Report