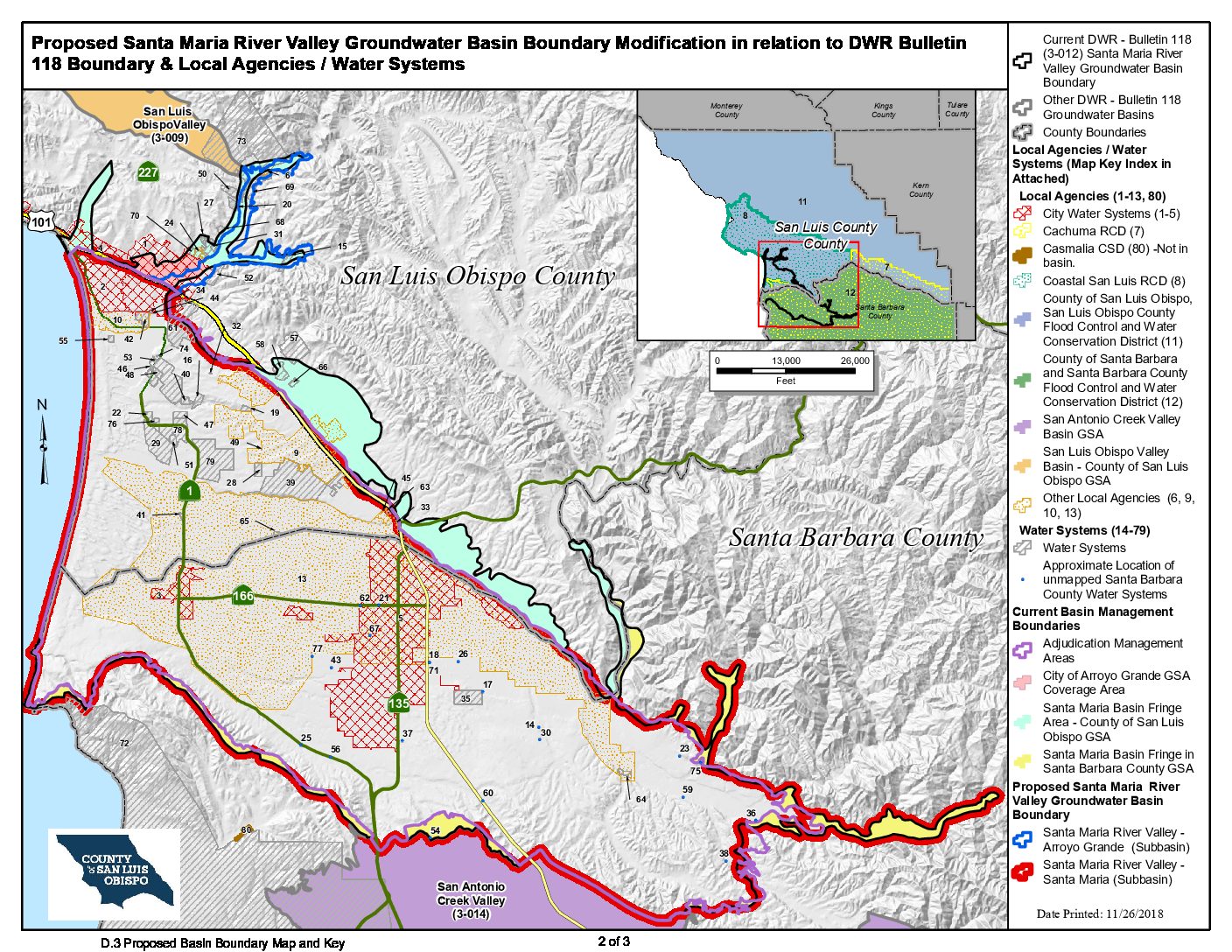 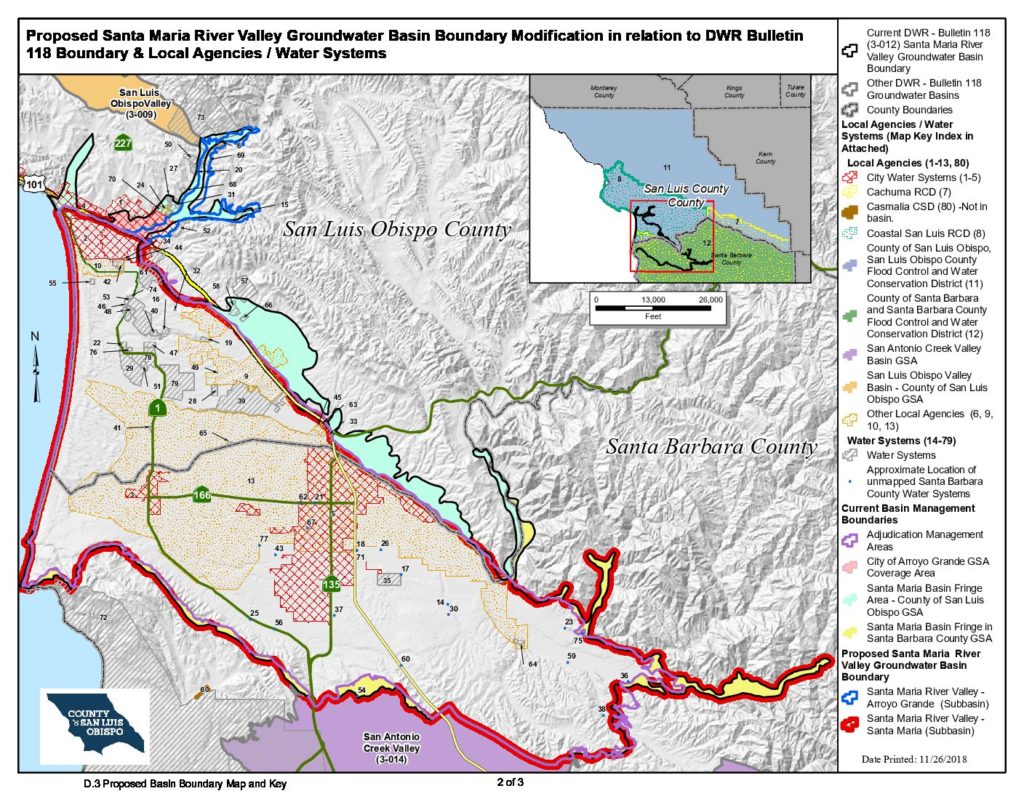 1) Groundwater quality issues in the Santa Maria Valley Groundwater Basin include hardness, nitrates, salinity, sulfate and volatile organic compounds (DWR 2004al, 2013e; San Luis Obispo County 2011; SMVMA 2012). TDS concentrations are moderate to high. …Higher salinity levels occur in the shallow aquifer near the coast than within the inland areas or in the deep aquifer. Source: 3-012_7c_LTO-EIS_USBR_2015-Chapter7-GWResources.pdf pg. 7-61 2) Todd also assisted with the restoration of several coastal sentry wells and initiation of groundwater level and quality monitoring to provide an early warning system against seawater intrusion.  Source: 3-012_7c_SantaMaria Basin Adjudication-Todd Groundwater.pdf pg. 1 3) The importation of State Water, which is generally of better quality than the local sources, provides for higher quality return flows and thus improves the basin water quality. In addition to improvements provided by the operations of Twitchell Reservoir and State Water importation, the Laguna Sanitation District helps to improve water quality in the basin by utilizing a reverse osmosis process to remove, and a deep injection well to dispose of, approximately 8,000 pounds of salts per day, which would otherwise accumulate in the basin system. With the deep injection system these salts stay far below the aquifer and are not a threat to return to the aquifer. …Salt Water Intrusion: Coastal monitoring wells are measured biannually for any indication of seawater intrusion; to date there has been no evidence of such. The concern of seawater intrusion is based on evidence that the Careaga Sand outcrops on the ocean floor several miles west and there are no Coast-Known barriers to seawater intrusion. Although it is possible that the seawater-fresh water interface has migrated shoreward during drought periods, the slope of groundwater has remained to the west in the westernmost part of the basin. Source: 3-012_7c_SantaBarbaraCountyGWReport-2011.pdf pg. 83