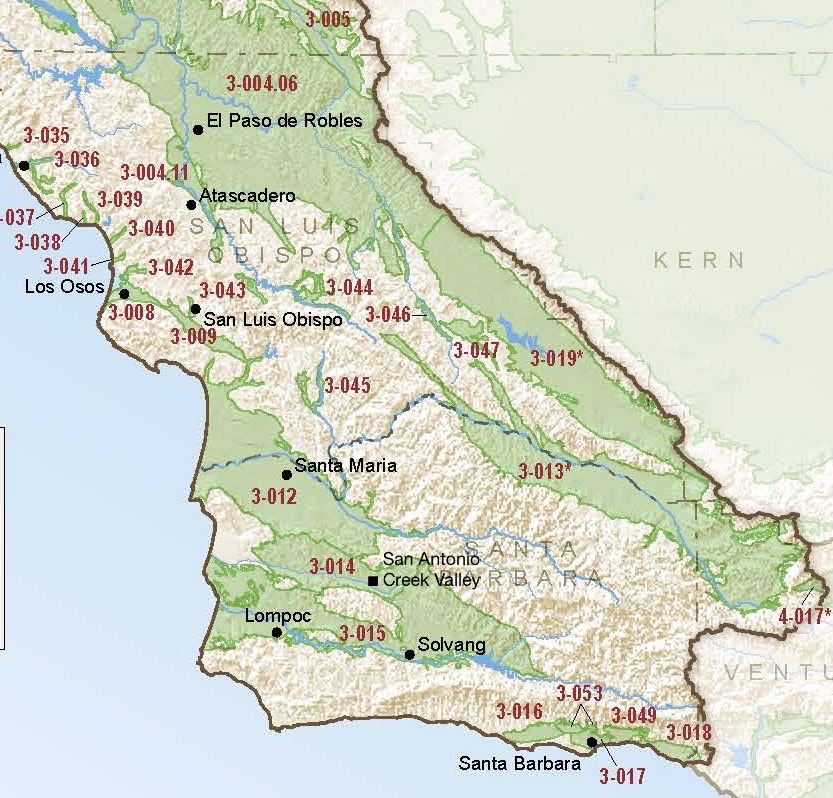 Located in California’s Central Coast hydrologic region, the San Antonio Creek Valley is 67,437 acres in size. This Medium priority basin is home to an estimated 2,168.00 people (2010 value), which have been at a rate of 24.53.