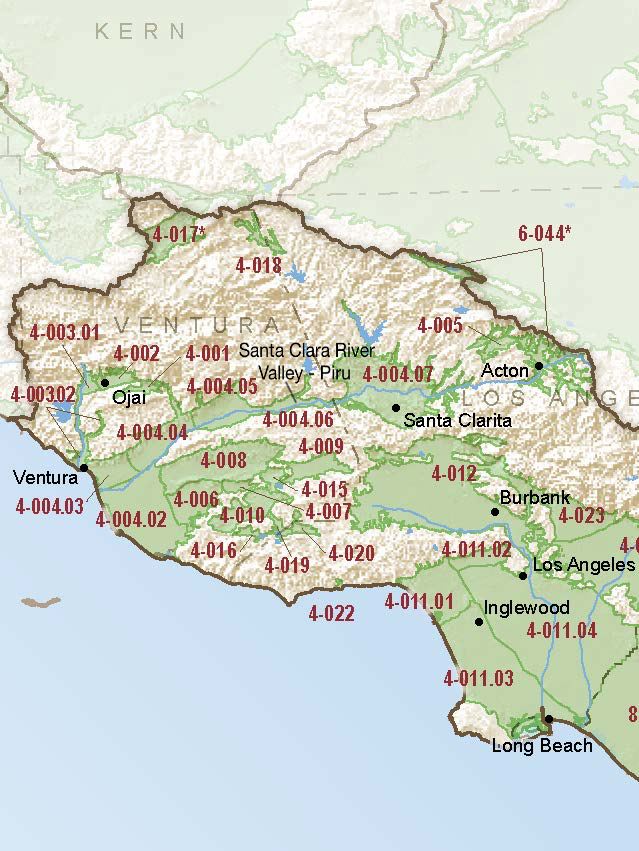 Located in California’s South Coast hydrologic region, the Santa Clara River Valley – Piru is 10,896.87 acres in size. This High priority basin is home to an estimated 2,744 people (2010 value), which have been at a rate of 31.

2019: Basin boundary modification approved. Per DWR: It “contains three components. The first part is a jurisdictional boundary modification to the Santa Paula and Filmore subbasins that shifts the existing shared boundary to align with the eastern extent of the adjudicated Santa Paula subbasin – this results in non-adjudicated areas being added to the Fillmore subbasin. The second part is a scientific boundary modification to the shared boundary of the Piru and Fillmore subbasins. Geologic maps and groundwater elevation data support the shared boundary location at a steep groundwater gradient inflection point. The third part of the request is a scientific modification to the external boundaries of the Filmore and Piru subbasins. The supporting information follows geologic contacts on a qualified geologic map to delineate the proposed boundary revisions. Four letters of support are associated with the request. Each part of the request meets regulatory requirements and supplies sufficient scientific rationale where needed.” Draft priority: high