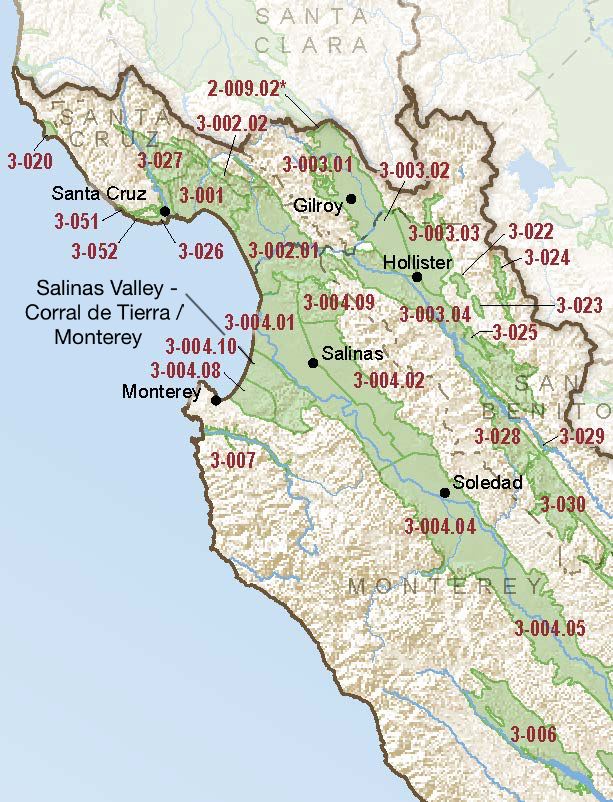 Located in California’s Central Coast hydrologic region, the Salinas Valley – Corral de Tierra / Monterey is 30,855 acres in size. This High priority basin is home to an estimated 30,805 people (2010 value), which have been at a rate of 8.17. Salinas Valley – Corral de Tierra / Monterey is a(n) basin with approximately 338 wells, of which approximately 34 are water supply wells. Groundwater accounts for approximately 99.78 percent of the basin’s water supply.

Salinas Valley: A little fee to manage a lot of water
See all news