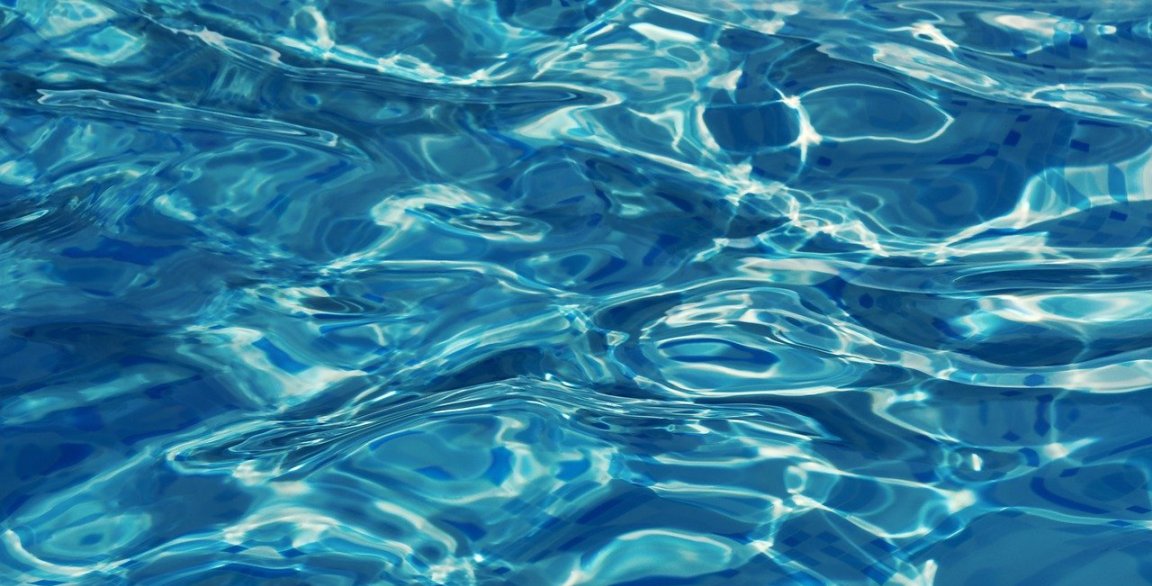 “Nearly 17% of the state remains in exceptional drought conditions with the majority being in the San Joaquin Valley. The weekly drought monitor showed no changes to conditions in California. The past month’s monsoonal moisture improved conditions in portions of the Sierra Nevada and desert regions, but the majority of the state slipped further into drought.  As the drought drags into its third year, many look to reservoir and river levels to gauge the severity of the drought. However, California’s groundwater, our water “bank account,” is the true measure of water security in California according to supervisory hydrologist Claudia Faunt of the United States Geological Service. … ”  Read more from Channel 10 here: Drought conditions static in California as state’s reliance on groundwater grows

“Drought in California means much more than rain and snow falling from the sky, or even reservoir levels. When reservoirs and surface water levels are low, the Central Valley turns to pumping water out of the ground to support its cities and agricultural industry. ABC10 spoke with Claudia Faunt, supervisory hydrologist for the United States Geological Survey, about the drought and it’s effects on groundwater availability, subsidence and water infrastructure. … ”  Continue reading at ABC 10 here: California’s groundwater problems, explained | Q&A

“As summer begins to wind down, the dry weather that has plagued California this year continues, leading to a number of new drought-related issues.  Over the course of the past 30 days, 11 new dry well reports in Butte County have been sent to the California Department of Water Resources. That comes out to 39 in the past year and 98 total.  Additionally, Glenn County has seen 105 total dry well reports and Tehama County has reported 229, according to data from DWR. … ”  Read more from the Chico Enterprise-Record here: Butte County sees 11 new dry wells reported in past month | Read via the Mercury News

“A revised county plan, adding additional reviews, water meters and other restrictions on new water wells in unincorporated Sonoma County…isn’t enough to stave off a looming lawsuit. The suit accuses local officials of hurting protected species by pulling too much water from local watersheds.  After the environmental group California Coastkeeper Alliance signaled they would not drop their lawsuit, county staffers moved quickly to revise proposed changes to the county’s well ordinance. While officials are set to debate the provisions Tuesday, the organization has already reached a verdict.  Drev Hunt is legal director of the Coastkeeper Alliance.  “The county’s proposal to adopt this ordinance is a partial solution, but it doesn’t go far enough.” … ”  Read more from Northern California Public Media here: Enviros suing county; say mismanagement is draining Russian River basin

Salinas: Pumping of the deep aquifer, which holds ancient water, has intensified in recent years. And it’s bad.

“What if the water coming out of your tap, or the water irrigating the produce you eat, was mined from an ancient water source from when woolly mammoths used to walk the Earth? Is that sustainable?  The latter is a question facing the Salinas Valley Basin Groundwater Sustainability Agency’s board on Thursday, Aug. 11, when they will be presented with the most comprehensive study of that ancient water source in at least 20 years, and maybe ever. It’s a draft, not yet finalized, but it’s fair to say it doesn’t look good.  The stakes are high: Residents in Salinas, Marina, Castroville and parts of Seaside, as well as various agricultural interests, depend on it. … ”  Read more from Monterey Weekly here: Pumping of the deep aquifer, which holds ancient water, has intensified in recent years. And it’s bad.

“The Paso Robles Groundwater Basin lost another 81,800 acre feet (AF) of water storage this spring compared to last spring—the fourth consecutive recorded decline in aquifer levels since 2020 and a continued sign of drought and overpumping, according to SLO County Groundwater Sustainability Director Blaine Reely.  “We’re pumping more groundwater, significantly more groundwater, out of the basin, especially in these drought years, than is being recharged,” Reely told New Times.  The spring-over-spring snapshot is a first for SLO County, which typically does its Paso groundwater measurements in the fall of each year. … ”  Read more from New Times SLO here: Paso basin continues decline as officials seek real-time well monitoring

“A proposed fee system to manage irrigated land in Madera County has sparked a successful protest, leaving one groundwater agency unfunded and at least one farmer claiming the process was done with minimal notice.  Officials with Madera County added fees to irrigated acreage commonly referred to as white areas — having no surface water access and not belonging to an irrigation district.  Three newly formed groundwater sustainable agencies — Chowchilla Subbasin, the Madera Subbasin and the Delta Mendota Subbasin — are left with no funding for four ongoing groundwater projects required under California’s Sustainable Groundwater Management Act. It’s the County of Madera that oversees the land, said Stephanie Anagnason, director of water and natural resources for Madera County. ... ”  Read more from The Business Journal here:  How a Madera farmer fought a new groundwater fee — and (sort of) won

Will Kings County be the first region sent to state’s groundwater “cop”?

“The prospect of being sent to California’s “groundwater cop” strikes dread in the hearts of most water managers.  But for John Vidovich, having the Tulare Lake subbasin come under the glare of the State Water Resources Control Board may be the only way to end an irrigation practice by the J.G. Boswell Company that he says is wasteful, abusive and contributing to the sinking of an entire town.  Boswell, which has not responded to requests for comment, pumps large amounts of groundwater into massive shallow ponds for later irrigation, something Vidovich, who runs Sandridge Partners, has complained about for years.  “I think this practice is going to be referred to the state Water Board,” Vidovich said in a recent interview. “I’m assuming this practice will be the focus of the state water board. … ”  Read more from SJV Water here: Will Kings County be the first region sent to state’s groundwater “cop”?

“California’s Central Valley could not have become one of the world’s most productive areas of farmland without its significant groundwater supplies. Until the development of the major state and federal water projects that began delivering surface water to the area in the second half of the 20th century, the Central Valley relied almost exclusively on groundwater. … Heavy pumping of groundwater has led to significant land subsidence throughout the valley, causing major damage in some areas to canals, aqueducts, and other infrastructure.  Efforts to limit subsidence in the San Joaquin Valley have sought mainly to stabilize existing groundwater levels, on the assumption that preventing further declines in area aquifers would keep subsidence in check. However, recently published research has found that past groundwater withdrawals are likely to continue to cause continued subsidence well into the future, unless hydraulic head is allowed to recover in the affected aquifers. ... ”  Continue reading at the Civil Engineering Source here: Central Valley subsidence could last longer than expected

Tehachapi: Banked groundwater: how much is enough?

“How much water has the Tehachapi-Cummings County Water District banked underground in the Cummings and Tehachapi basins? And should the board of directors set a limit for future extractions?  These are among questions explored by the board in recent meetings and after further discussion at a board meeting Aug. 17, General Manager Tom Neisler was directed to bring a proposal for safeguarding banked water supplies to the board’s next regular meeting. The meeting is set for 3 p.m. on Wednesday, Sept. 21.  … ”  Read more from the Tehachapi News here: Tehachapi: Banked groundwater: how much is enough?

“The Indian Wells Valley Groundwater Authority has signed an agreement to spend $6,396,000 to buy the rights to 750 acre-feet of state water per year to import from southwestern Kings County.  A nonbinding letter of intent signed Tuesday and obtained by the Daily Independent lays out the terms between the IWVGA and an entity called Utica LJL, LLC to purchase water assets. Utica LJL is in the early stages of developing a site along Interstate 5 about four miles south of Kettleman City to build gas stations, restaurants, motels, an industrial park, and farmland. ... ”  Read more from the Ridgecrest Independent here: Ridgecrest: IWVGA spending $6.4M for rights to 750 acre-feet of imported water

“The Indian Wells Valley Groundwater Authority (GA) recently announced they had signed a “letter of Intent” (LOI) to purchase approximately 750-acre feet (AF) of state water from the California Aqueduct from Jackson Ranch, a fully entitled, master planned development in Kings County. The water would be imported to the Indian Wells Valley and sold to residents and businesses, but only after costly pipeline infrastructure is permitted and constructed.  To be clear, a LOI is not a binding legal document. On the contrary, a LOI simply states the parties have reached an agreement on basic terms. A future document, usually a ‘Purchase and Sale Agreement,’ spells out terms and conditions, and once signed, makes the agreement legally binding on both parties.  The thing is, the LOI was not signed by any of the members of the current owners of Jackson Ranch, but by Jon Lash whose entity – reportedly Utica J.L.J. LLC – has an option to buy a portion of the Jackson Ranch. This option has not yet been exercised and expires November 20, 2022. … ”  Continue reading from Mojave Pistachios here: Indian Wells Valley Groundwater Authority’s recent water purchase agreement doesn’t mean what they say it means

“At their regular board meeting on August 10, the Indian Wells Valley Groundwater Authority unanimously agreed to authorize IWVGA to award a contract for drilling services to install monitoring wells from the Rose Valley area into the Indian Wells Valley.  The contract goes to Garrison Brothers Well Service, a Ridgecrest-based company. The estimated budget for the contract is $220,360, which falls within the expected budget for the project according to Jeff Helsley of Stetson Engineers, which is the company functioning as IWVGA’s water resources manager. … ”  Read more from the Ridgecrest Independent here: Groundwater Authority awards contract for monitoring well project between Rose Valley and Indian Wells Valley

“The Antelope Valley State Water Contractors Association agreed, on Thursday, to pursue two parallel options for recharging the underlying aquifer with surplus water from the State Water Project in and adjacent to Big Rock Creek, in the southeastern part of the Valley. A pilot study of the original plan — to recharge water directly into the aquifer through the creek bed — conducted in 2019-2020 proved to be infeasible, as the ground did not absorb the water fast enough to prevent it from spilling downstream, where it crossed and flooded East Avenue T. Instead, the Association is looking at either using culverts beneath avenues T and S to direct the water without flooding the roads, or to pipe water into recharge basins east of the creek bed. … ”  Read more from the Antelope Valley Press here:  Antelope Valley water contractors will explore recharge options

“As California experiences another year of drought and extreme heat, residents and businesses may be asking how their communities ensure they have enough water for today and into the future. For two inland Southern California water agencies, responsible groundwater management is a piece of the puzzle.  On August 1, 2022, the 51st annual watermaster report was filed with the Court, crossing a significant milestone in this effective working relationship between Western Municipal Water District (Western) and the San Bernardino Valley Municipal Water District (Valley District). The Court appointed the two agencies a shared role of Watermaster following a legal settlement of water rights in 1969. Western represents the Riverside County entities and Valley District represents the San Bernardino County entities who pump water from these basins. … ”  Read more from Western Municipal Water District here: SoCal water agencies celebrate more than five decades of successful groundwater management