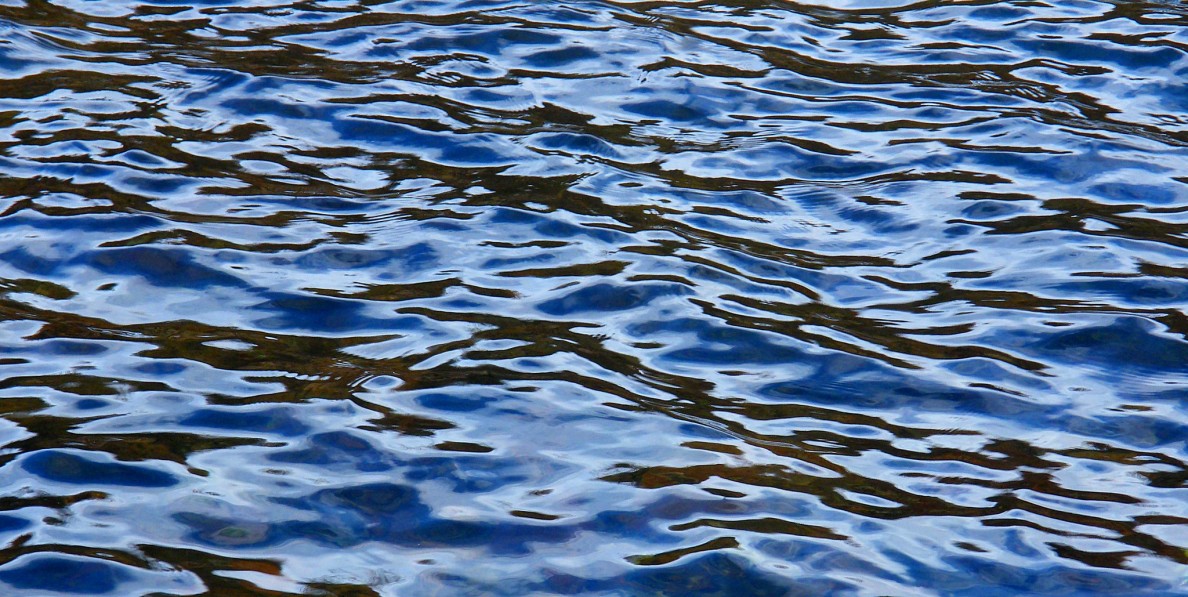 “A San Joaquin Valley  groundwater agency may be “going rogue” on the issue of whether it’s responsible to protect all drinking water wells.  A letter approved by the board of the Kings River East Groundwater Sustainability Agency (GSA), which covers eastern Fresno County and a chunk of northern Tulare County, says that it is “unreasonable” for the state to require the agricultural industry to raise groundwater levels enough to protect even the most shallow domestic well. … DWR rejected the Kings Subbasin, which includes the Kings River East GSA, groundwater sustainability plan in January.  One of the state’s biggest concerns was that the plan didn’t explain how it would protect community drinking water wells from being harmed by agricultural over pumping.  The Kings River East GSA’s letter calls that requirement “unreasonable.” ... ”  Read more from SJV Water here: Going rogue? Groundwater agency says protecting all domestic wells is “unreasonable”

‘MRI for the Earth’ probes groundwater from the air

“For decades, scientists have poked deep holes a few miles apart across the California landscape, seeking to better understand the characteristics of the state’s 515 groundwater basins in hopes of better managing and protecting them.  Now, California water officials are deploying a new technology—and some new-age, aerial surveillance—to monitor groundwater supplies and aquifer health.  The technology was demonstrated at the Lodi Airport in Acampo and the Yolo County Airport near Davis in April. Before dignitaries and other onlookers, a California Department of Water Resources helicopter lifted skyward, raising a 100-foot-long, six-sided hoop into the air. … ”  Read more from Ag Alert here: ‘MRI for the Earth’ probes groundwater from the air

“As we approach summer, some experts recommend that private well owners inspect their wells.  “Every well owner should have their well inspected, but this is even more important for those of us who live in California who are experiencing these long-term droughts because the drought does impact operating wells, and obviously, the wells that have already gone dry,” said Ben Frech, spokesperson for the California Groundwater Association.  Frech said an inspection by a certified professional can identify potential problems and leaks. … ”  Read more from KRCR here: Experts recommend privately-owned wells be checked amid ongoing drought

“The Butte County Department of Water Resource Conservation requested a budget adjustment of $8,000 from the Butte County Board of Supervisors to go toward costs accumulated through a legal complaint against the Vina Groundwater Sustainability Agency.  Department Director Kami Loesser was joined Tuesday by Assistant Director Christina Buck before the board to make the request.  With Supervisor Doug Teeter unable to attend Tuesday’s meeting during which the request was made, the board’s vote was split 2-2 with supervisors Debra Lucero and Tami Ritter voting against it.  Lucero expressed concern that there had been no tracking of costs and time associated with the GSA, which is made up of Butte County, Chico and the Durham Irrigation District. ... ”  Read more from the Chico Enterprise-Record here: Supervisors hold off on Vina GSA legal finance support | Read via the Oroville Mercury Register

Central Valley: California’s drought has caused entire towns to sink nearly a foot in just one year. This map shows where

“The ground is sinking in parts of California as the continued drought strains reservoirs, increasing reliance on the state’s already precarious groundwater reserves depleted by years of well-pumping.  In just one year, from October 2020 to September 2021, satellite-based estimates showed entire towns in the Central Valley, including in Kings and Tulare counties, sinking by nearly a foot. The maximum loss recorded during that time was 1.1 feet on the northwestern edge of Tulare County.  The sinking, known as land subsidence, happens when excessive pumping dries out the water reserves underground and collapses the space where water used to be. Experts say it’s a century-old problem in California that regulators have tried to slow with sustainability measures. But with the changing climate, they face an uphill battle. ... ”  Read more from the San Francisco Chronicle here: California’s drought has caused entire towns to sink nearly a foot in just one year. This map shows where

“As severe drought conditions persist in California, news of a $7.6 million state grant for the Eastern San Joaquin Groundwater Authority (ESJGWA) to implement its mandated Groundwater Sustainability Plan couldn’t come at a better time. The ESJGWA, which includes 16 regional Groundwater Sustainability Agencies (GSAs), will soon benefit from the grant funding to help this over drafted basin start down the path to sustainability. Overdraft is when more water is pumped from the groundwater basin on average than is returned to the basin via natural and artificial groundwater recharge.  … ”  Read more from San Joaquin County here: San Joaquin County and Eastern San Joaquin Groundwater Authority announce award of multi-million dollar state grant

Tule Subbasin: Groundwater law’s sinking of ag economy may have been overstated

“As the deadline for local agencies to implement plans to reduce groundwater use approaches, a new study finds California’s landmark legislation may have less of an impact on the local agriculture economy than originally predicted.  A study authored by Professor Michael McCullough on the effect of the Sustainable Groundwater Management Act (SGMA) in the Tule Sub Basin in the Central Valley shows the long-term effect of the ongoing drought and restrictions on groundwater. It says by 2040, the deadline for local agencies to reach groundwater sustainability, the 2014 law will likely result in the loss of some crops, but probably not the more valuable ones, such as fruit and nuts, in the sub basin which encompasses Tulare County south of Tulare to the Kern County line. … ”  Read more from the Foothills Sun-Gazette here: Groundwater law’s sinking of ag economy may have been overstated

“Fractures have appeared within Kern County’s largest groundwater agency as pressure mounts for it to show the state how it plans to address the region’s massive groundwater deficit.  Four water entities recently notified the Kern Groundwater Authority they were pulling out of the 16-member group to write their own groundwater sustainability plan. That will add a sixth plan covering the Kern subbasin, which extends across the San Joaquin Valley portion of the county.  This comes as members of the authority, and other groundwater sustainability agencies in the subbasin, are working to respond to the Department of Water Resources (DWR), which found all groundwater plans in Kern County incomplete in January.  Those responses are due to the state by July 27. … ”  Read more from SJV Water here: Water districts bail on Kern’s largest groundwater agency; form their own group

“A new set of proposed Paso Robles Groundwater Basin rules would result in more vineyards and a spike in basinwide pumping, which would “exacerbate” the aquifer’s overdraft, according to a draft environmental impact report (EIR) released on May 20.  The draft EIR, commissioned by San Luis Obispo County, analyzed the impacts of a proposed new groundwater ordinance pushed forward by the Board of Supervisors last year, which would supersede a current moratorium on expanded irrigated agriculture over the parched basin. … ”  Read more from New Times SLO here: New Paso basin water regulations would ‘exacerbate overdraft’

“It’s one thing for Governor Gavin Newsom to issue an executive decree ordering tougher rules for issuing new water wells permits; it’s quite another for the county supervisors to craft a new emergency ordinance making it happen. But that happened at the Tuesday, May 24, board meeting.  Supervisors Bob Nelson and Steve Lavagnino worried that the proposed language they were considering at this board meeting was too restrictive, especially for farmers; Supervisor Das Williams worried that the language was too loose, allowing multinational corporations to continue to suck dry the already badly depleted groundwater basins of the Cuyama Valley. Despite such seemingly irreconcilable differences, the supervisors unanimously backed a new emergency ordinance that will require the county’s Department of Environmental Health, which is responsible for issuing well permits, to take additional steps to ensure that new wells are not allowed to negatively impact the production of nearby wells ​— ​defined as within 1,000 feet of each other ​— ​or cause subsidence of the ground. … ”  Read more from the Santa Barbara Independent here: Santa Barbara Supes tighten rules for approving new water wells

The Ventura County Star editorial board writes, “In March, Gov. Gavin Newsom issued an executive order that forbids the drilling of new water wells or the alteration of existing wells unless the local groundwater management agency determines the new well would not interfere with the production of neighboring wells and would not decrease the likelihood that the underlying aquifer can be sustainably managed.  In water-starved California, the common-sense reaction to that order might have been: Isn’t that already the law?  The answer, in a word, is no. … ”  Read more from the Ventura County Star here: The precious water we cannot see

“At its monthly board meeting on May 11, the Indian Wells Valley Groundwater Authority took its first step towards the long term goal of importing water to the Indian Wells Valley. The IWVGA board of directors unanimously voted to send out a request for proposals from consultants capable of planning the water importation project.  The plan is still very much in its infancy, with language from the RFP implying that the consultant will be planning for a plan for a study of the project. … ”  Read more from the Ridgecrest Independent here: Groundwater Authority begins plan to import water