Groundwater is a critical source of freshwater. As of 2015, groundwater contributed almost 40% of the public water supply in the U.S.1 Many groundwater basins, however, have suffered from declining groundwater stocks due to sustained over pumping, leading to higher pumping costs, land subsidence, and other negative consequences. 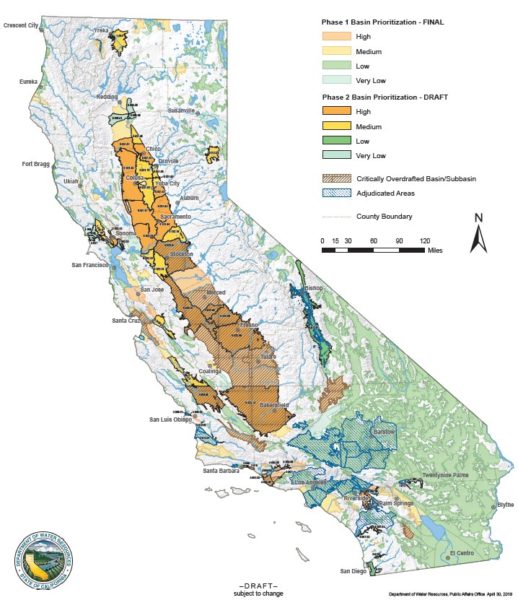 California’s Central Valley overlays one such declining aquifer system. Amid an extreme drought, the state passed a law in 2014, the Sustainable Groundwater Management Act (SGMA). The legislation requires local public agencies to address groundwater overdraft and its negative consequences by 2040.

As shown in Figure 1, SGMA applies to over 100 basins that, in total, account for over 90% of the state’s groundwater pumping.2 To meet their goals, groundwater agencies may either require or incentivize users to pump less (demand-side approach), find additional water to recharge the groundwater (supply-side approach), or undertake some combination of both.

Click here to read this article at the Global Water Forum.