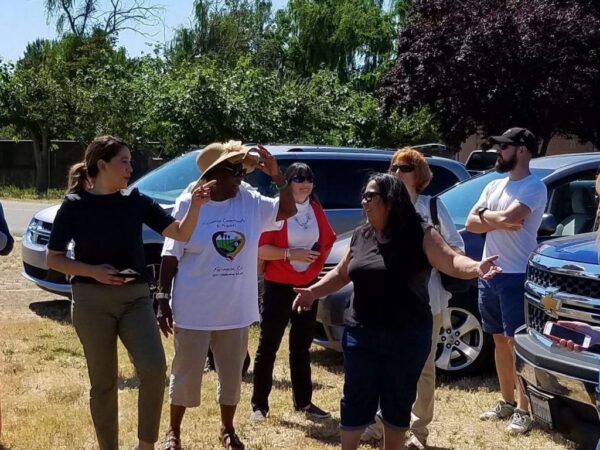 While most Californians enjoy the convenience of having water to drink, cook and clean, many communities, including the small underrepresented communities in California’s San Joaquin Valley, face water scarcity challenges. In Fairmead, CA, an unincorporated community 12 miles north of Madera, CA, there are approximately 1,400 residents, with 200 residents connected to the community well and the remaining residents on  domestic private wells. Though demographics have shifted, Fairmead continues to be a predominantly community of color. In the 1950’s and 1960’s Fairmead was primarily African American. Today, the community is approximately 70% Hispanic and 7% African American.

The community of Fairmead was hard hit by the last statewide drought which lasted between 2012 and 2016. To this day, Fairmead continues to experience the impacts of declining groundwater levels. Victoria “Vickie” Ortiz and her family experienced first-hand the water challenges exacerbated by the most recent drought. In the summer of 2016, Vickie’s well went dry for over a year and a half. Unfortunately, this did not come as a surprise, as many of her neighbors with shallow wells had also gone dry. A growing demand of water for crop irrigation, coupled with the drought, led to groundwater overdraft.

Click here to continue reading at the NGO Collaborative.

If you missed the recent webinar on tools for evaluating drinking water needs in SGMA, you can watch it now online: 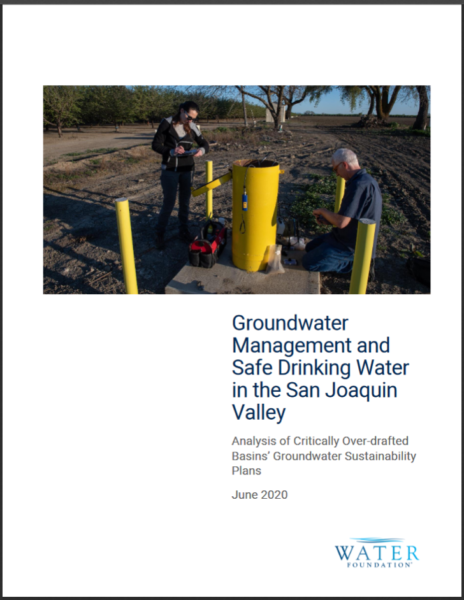 From the Water Foundation:

To support the state’s implementation of SGMA and its continued progress on the human right to water, the Water Foundation commissioned an analysis of 26 GSPs in the San Joaquin Valley to understand how private domestic drinking water wells in the region will be affected on the path to sustainability. Among its key findings, the analysis estimates that the goals in these San Joaquin Valley GSPs, if not proactively addressed, will result in:

State regulatory agencies must now work with these GSAs over the next two years to implement SGMA in a manner that avoids these impacts or finds suitable replacement for lost water supplies to ensure the right to water for all California residents. Further, more analysis beyond the scope of this analysis is required to explore the effect of GSPs on other areas of concern, such as impacts on the environment and on important infrastructure due to land subsidence.