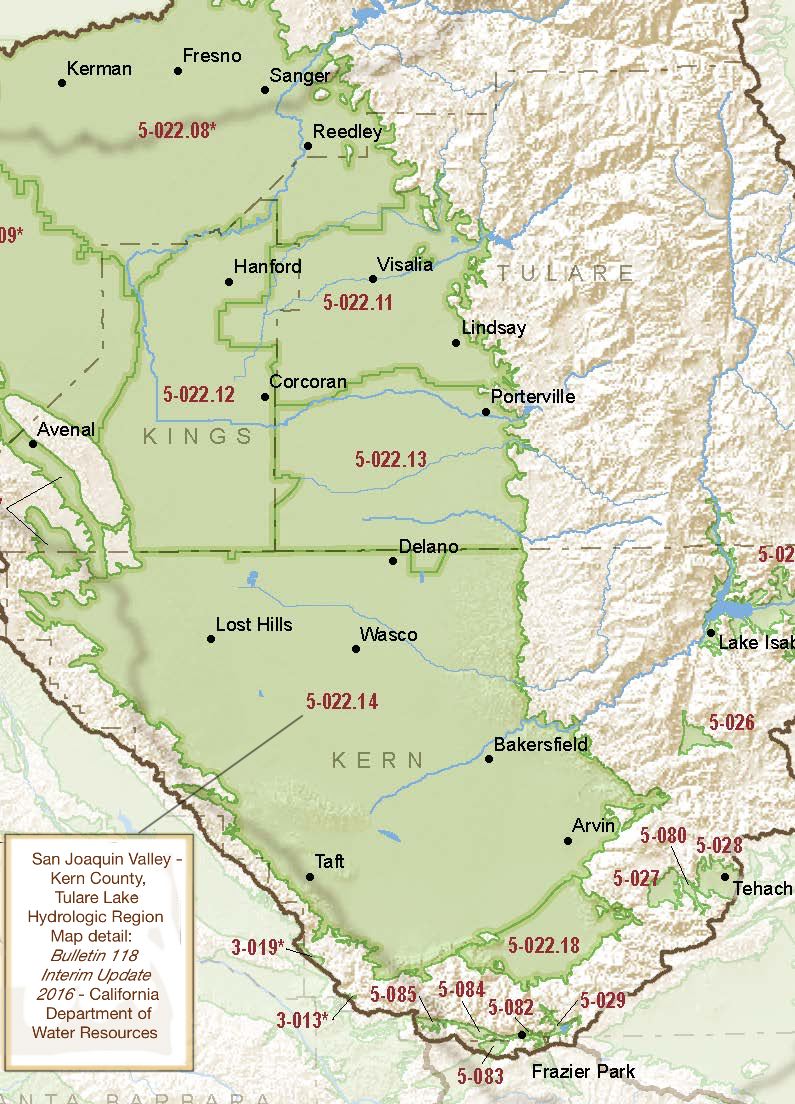 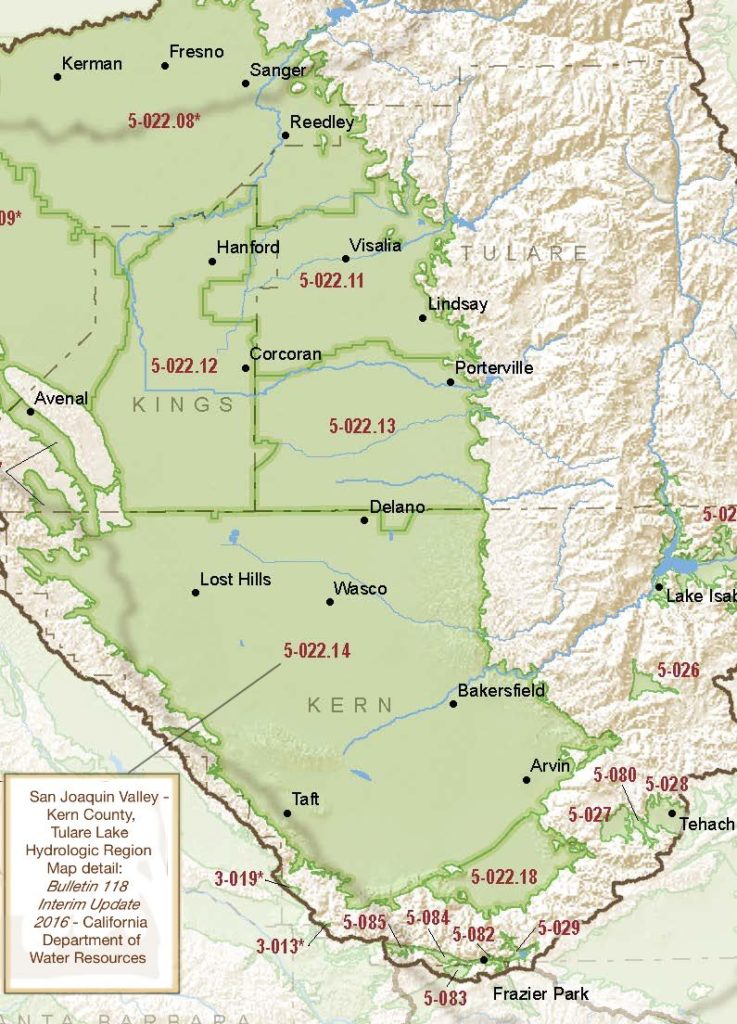 A new subbasin, White Wolf 5-022.18, was created from a portion of the original Kern County subbasin. The White Wolf subbasin is not subject to critical conditions of overdraft

2019: Basin boundary modification “approve with deny portion.” Per DWR: “The initial basin boundary modification proposed to revise the western external boundary of the Kern County subbasin to remove portions of older sedimentary rock units, areas of thin alluvium, and included a small portion of external boundary that followed a jurisdictional boundary. The initial scientific information contained deviations from the proposed older and younger alluvial contacts along several portions of the proposed modification. The initial request lacked adequate scientific evidence to demonstrate proposed modification and areas subject to removal did not represent basin or aquifer. One public comment was received on the initial DWR draft decision that supported the agency’s original request. West Kern WD provided a technical study to support and clarify the original request to remove four areas; significant oil producing areas (mapped as QP with Anticlines, older alluvial unit (QP), older rock unit, and subdividing a portion of the basin to create a new subbasin (Little Santa Maria Valley). Some of the additional technical information relied on generalized assumptions regarding the hydrogeologic connectivity between the primary aquifers of the basin and the oil producing areas; without a more detailed analysis, the request to remove these areas are not approved. Also, the request to subdivide the basin and create a new subbasin is not supported by the submitted technical information and is not approved. The removal of the older rock unit and the older alluvial unit (with one exception near Little Santa Maria Valley) is supported and meets the regulatory requirements.” Phase 2 draft priority: high