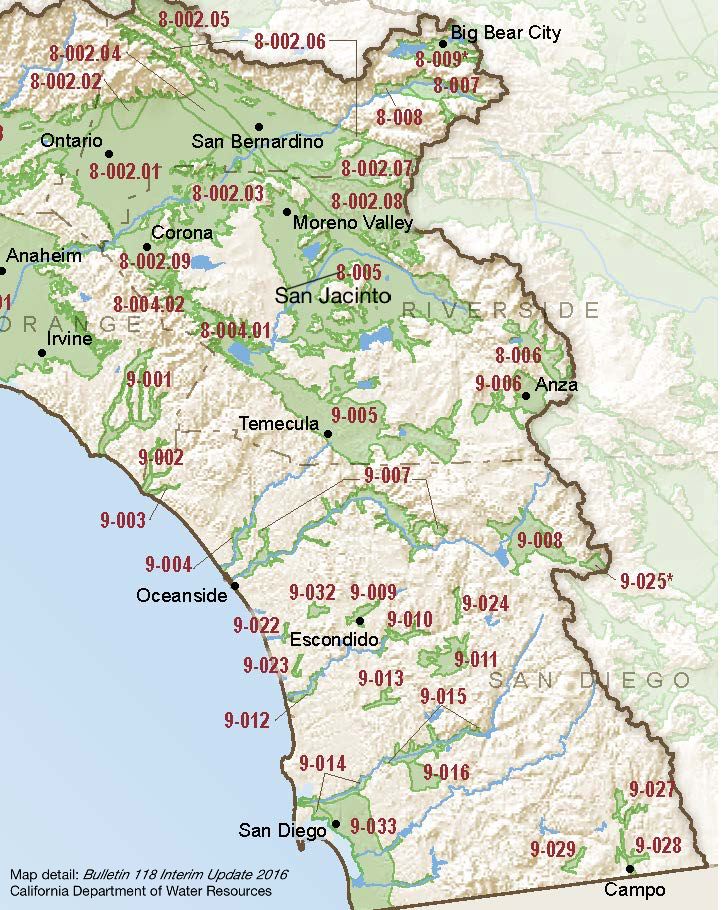 2014: CASGEM basin prioritization – high. Comment:  Basin is in overdraft (MWD). Groundwater quality issues documented in DWR B‐118. Pumping has increased some contaminant distribution in the basin.

Reference note: 33.13% of basin is adjudicated

2019: Basin boundary modification approval and denial. Per DWR: “The basin boundary modification request includes the revision of both internal and external boundaries. The request contains six components that utilize qualified geologic maps, alluvial thickness, borehole analysis, and topographic gradients to better define the boundaries of the of the basin. One letter of support is associated with the request. One public comment (neutral) was submitted on the drat decision to approve the modification. Five of the six components of the request meet all regulatory requirements. The removal of the Lake Perris area is denied and not supported by sufficient geologic evidence. The agency did not sufficiently demonstrate that the Lake Perris area is hydrologically disconnected from San Jacinto Basin.” Phase 2 draft priority status: high.