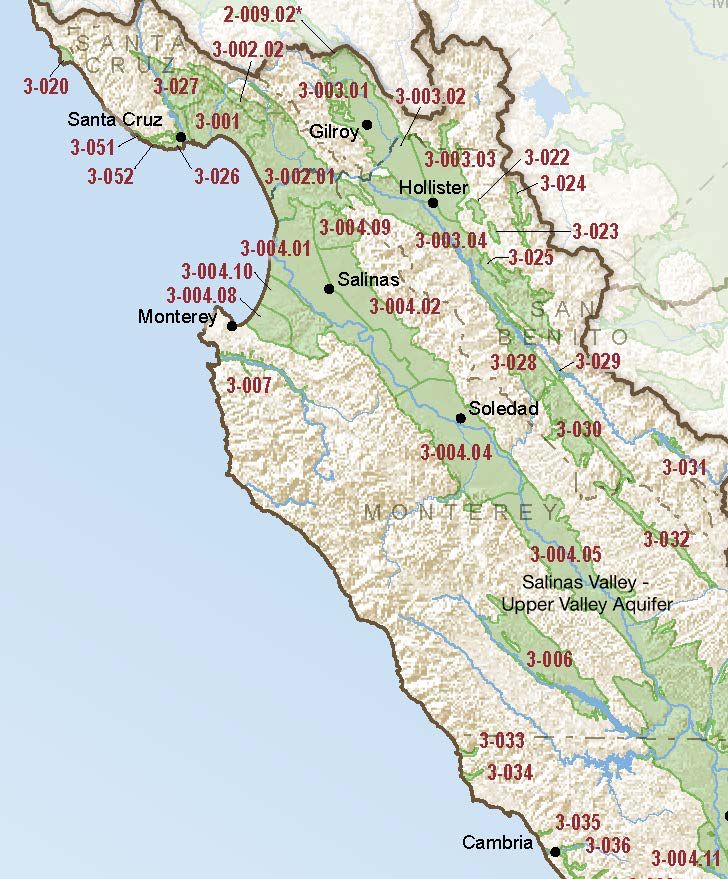 Located in California’s Central Coast hydrologic region, the Salinas Valley – Upper Valley Aquifer is 238,020.54 acres in size. This Medium priority basin is home to an estimated 16,445 people (2010 value), which have been at a rate of 29.28.

2007: “Steelhead use of upper Salinas River tributaries is dependent upon the presence of a migration corridor in the main stem Salinas River. One of the main limitations to migration within the Salinas River Basin is the limited availability of adequate flows … The number of days within the migration period where flows are adequate for migration is highly variable from year to year, and groundwater pumping has shortened this window … Spring flows declined substantially following increased pumping of groundwater for agricultural production.” Source: Biological Opinion, Salinas Valley Water Project, National Marine Fisheries Service, June 21, 2007

“Upper Valley Aquifer groundwater recharge uniquely linked to reservoir releases. The pattern of storage change is similar to that of the Forebay Subarea, with a similar apparent reliance on reservoir releases … If reservoir releases are severely curtailed, storage losses on the order of 50,000 to 70,000 afy, or about 30-50% of annual pumping would occur.” Source: State of the Salinas River Groundwater Basin Report, 10 December 2014