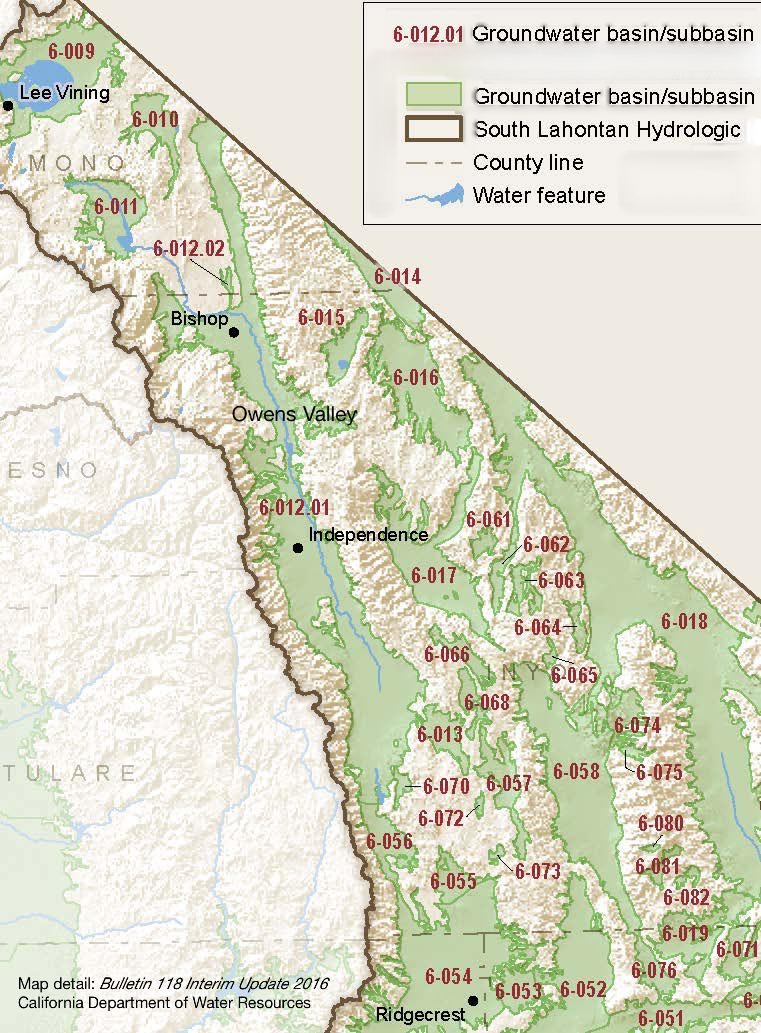 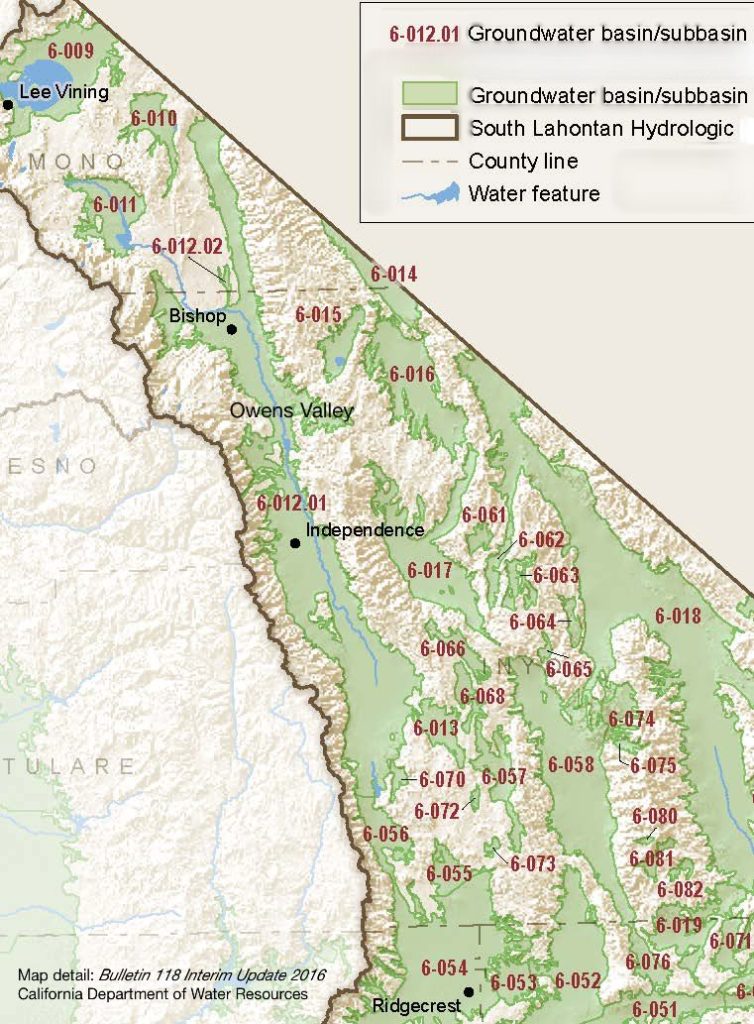 2014: CASGEM basin prioritization – medium. Comments – Minor impairments locally due to inorganics.  Actual GW Volume not fully captured due to GW exports out of the basin. GW volume reflects the additional 100K AF of pumping that is exported. GW % is adjusted to reflect the additional pumping

2016: Basin boundary modification request – denied.  Per DWR: The request did not provide adequate scientific information to support basin subdivision at the Mono / Inyo County line. The observed gravity anomaly and associated geologic structure does not demonstrate a hydrogeologic barrier to groundwater flow. In addition, administrative edits were made to include a previously identified B-118 basin, “Fish Slough”, as a subbasin to Owens Valley.

2018: Draft basin priority – high (at a rate that would qualify for critical overdraft in non-adjudicated basins). Declining groundwater level and adverse impacts comments: