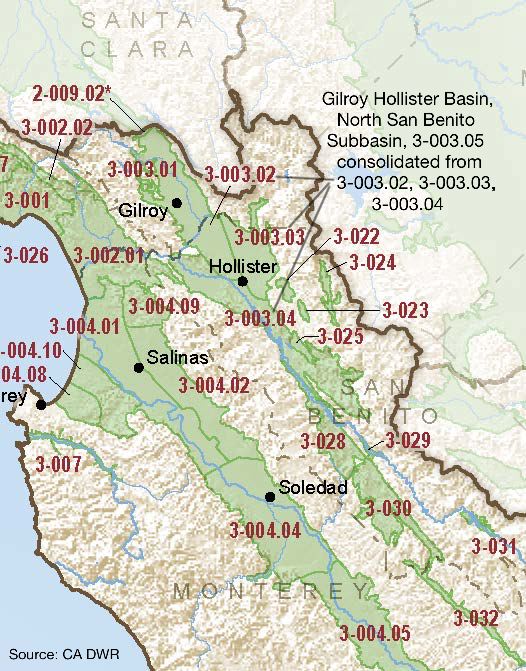 Located in California’s hydrologic region, the Gilroy-Hollister Valley – North San Benito is 131,030.03 acres in size. This Medium priority basin is home to an estimated 51,081 people (2010 value), which have been at a rate of .