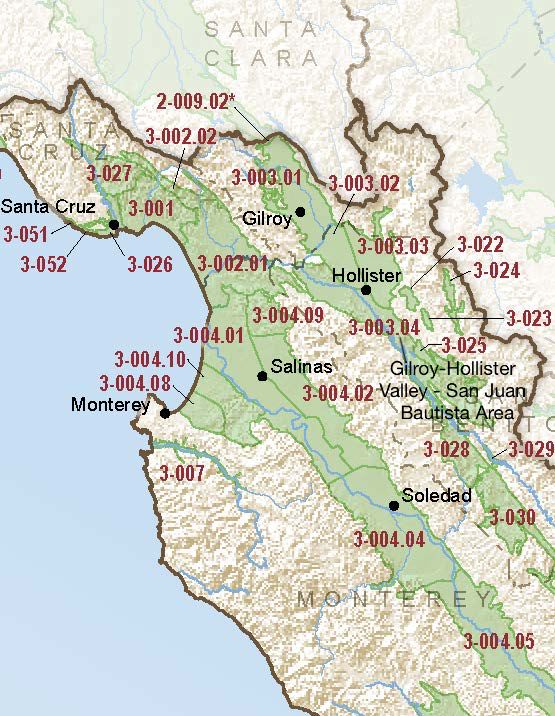 Located in California’s Central Coast hydrologic region, the Gilroy-Hollister Valley – San Juan Bautista Area (now part of the North San Benito subbasin) is 74,325 acres in size. This Medium priority basin is home to an estimated 26,143 people (2010 value), which have been at a rate of 10.69.

Basin boundary modification request pending that, if successful, would consolidate the Bolsa Area 3-003.02, Hollister Area 3-003.03, San Juan Bautista Area Subbasin of the Gilroy Hollister Valley and Tres Pinos Valley 3-025. This would shift supervision of the subbasin to the north central region office.