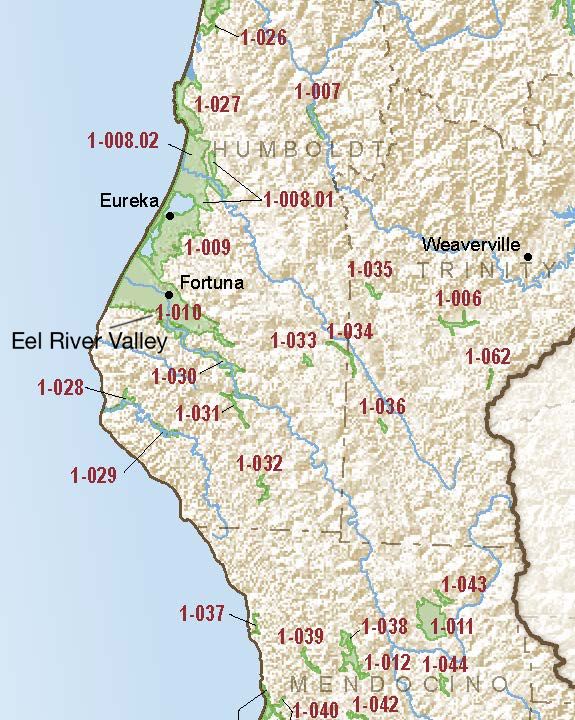 Located in California’s North Coast hydrologic region, the Eel River Valley is 73,700 acres in size. This Medium priority basin is home to an estimated 23,384 people (2010 value), which have been at a rate of .

2019: GSP alternative plan disapproved by DWR because objective management criteria had not been established for 10 years; a quantitative estimate of sustainable yield was not developed; and the GSP Alternative did not quantify the impacts of groundwater use on surface water systems and determine at what point they are significant and unreasonable. As a result of the GSP Alternative being disapproved, a GSP was developed.

2022: January 29 – GSP submitted to the Department of Water Resources