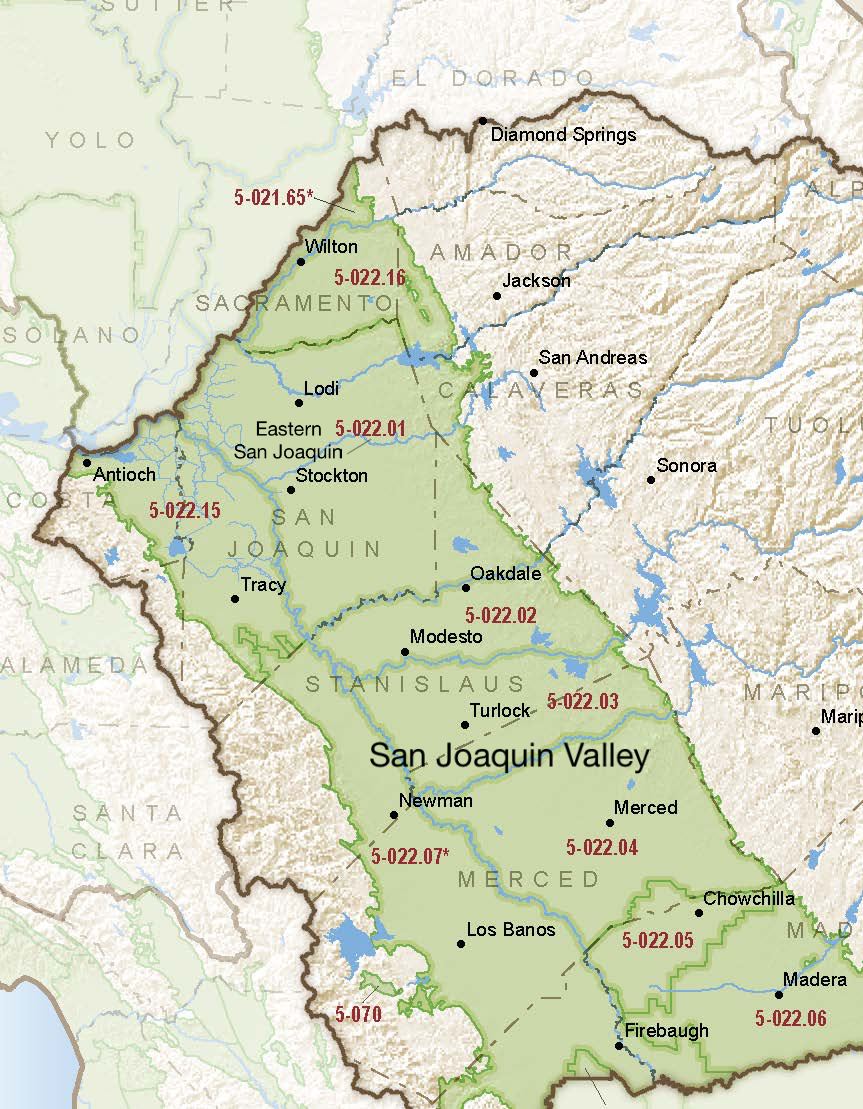 Located in California’s San Joaquin hydrologic region, the San Joaquin Valley – Eastern San Joaquin is 764,802.78 acres in size. This High priority basin is home to an estimated 573,142 people (2010 value), which have been at a rate of 34. 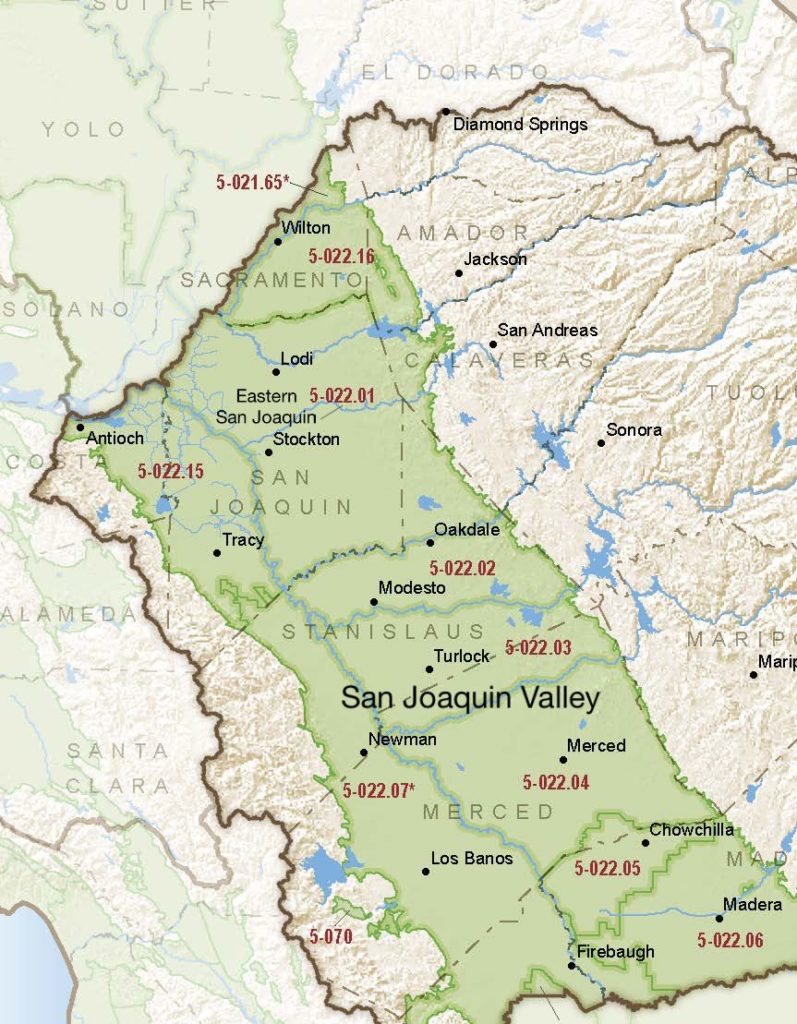 2014: CASGEM basin prioritization – high. Comments: Estimated that 70,000 af/year of overdraft occurs in northeastern San Joaquin County and about 35,000 af/year of overdraft occurs in the Stockton East Water District (B‐118) & (USBR 1996). Basin experiencing long term GW overdraft 160,000AF/yr (local GWMP). From B118: as a result of overdraft poor quality groundwater has been moving east along a 16‐mile front on the east side of the Delta and has continued to migrate eastward (USACE 2001). Large areas of nitrate contamination are located in the subbasin.