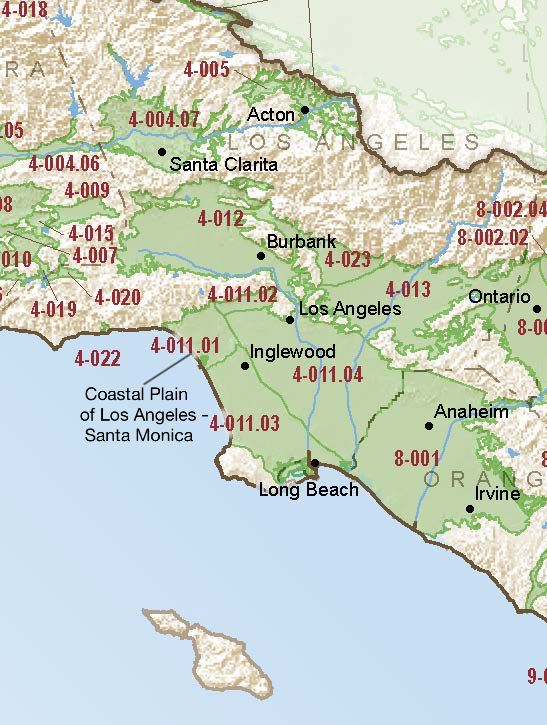 Located in California’s South Coast hydrologic region, the Coastal Plain of Los Angeles – Santa Monica is 31,779 acres in size. This Medium priority basin is home to an estimated 465,539 people (2010 value), which have been at a rate of 23.34.

2016: Basin prioritization comments –  Salt intrusion: Given Santa Monica’s proximity to the coast, saltwater intrusion is an ongoing concern. If the city were to over-pump from wells, its possible to reverse the natural water flow and actually pull seawater from the ocean into the local ground- water supply. Such seawater intrusion can occur for other reasons such as climate change or drilling new wells too close to salt water sources. To the best of the Citys knowledge, no such contamination has occurred in recent memory but it is assumed contamination could have, and probably did, occur at some point in the Citys history. Historic records are incomplete but city wells in the Marine Park area were contaminated and abandoned in the 1930s due to salt water intrusion. Experts have concluded that Lincoln Boulevard is the boundary for any potential salt water intrusion and therefore the western edge of the citys underground water supply. Source: The Water Issue, City of Santa Monica, 2015