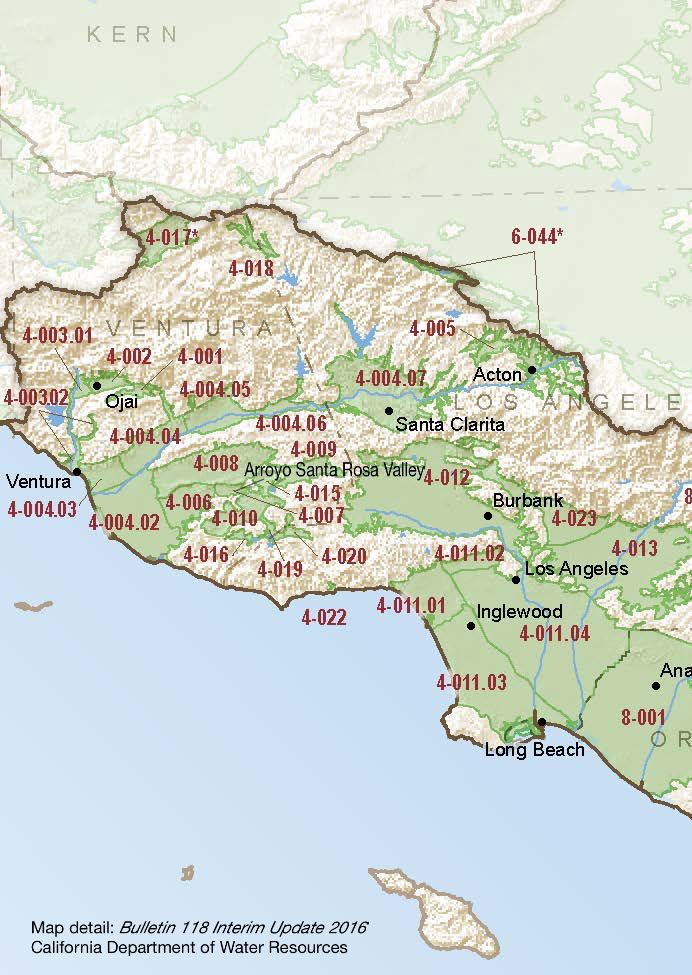 2019: Basin boundary modification approved. Per DWR: It “follows geologic contacts on a qualified map. The modification increases the boundary’s accuracy by delineating the extent of alluvium on a more detailed scale than previously mapped, and it more accurately incorporates water- bearing formations into the Arroyo Santa Rosa Valley basin. The requesting agency supplies sufficient information to support the scientific rationale for the modification. The request meets regulatory requirements.” Draft priority: very low.