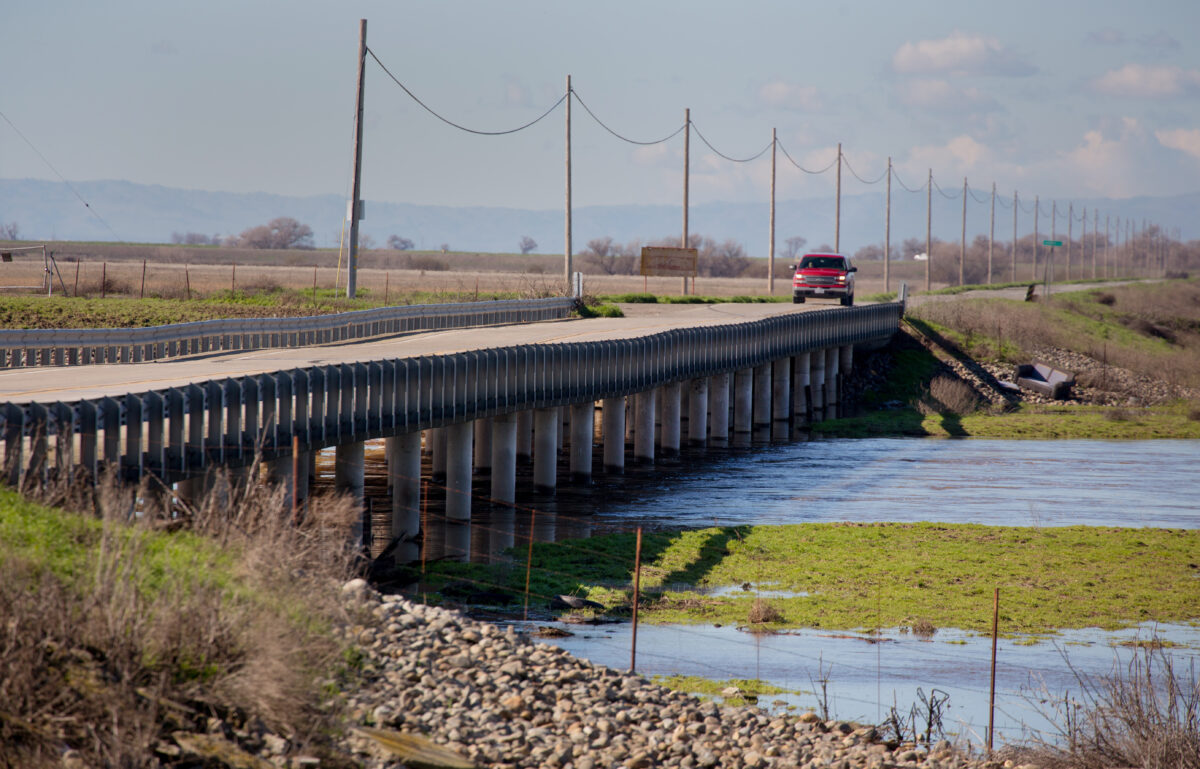 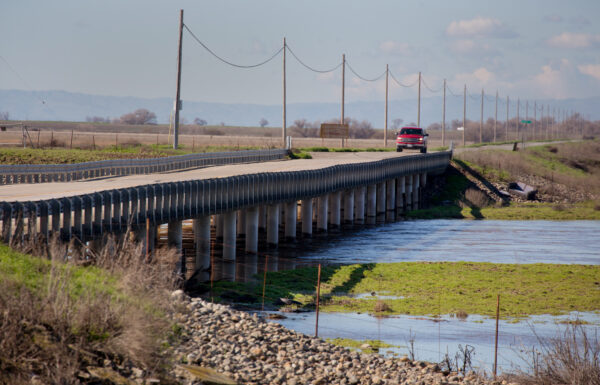 The California Department of Water Resources (DWR) released new satellite-based data that show subsidence – or the sinking of the land surface due to excessive groundwater pumping – continues in the state. DWR has intensified statewide subsidence monitoring to help identify impacts and address them collaboratively with local groundwater agencies, counties and landowners. 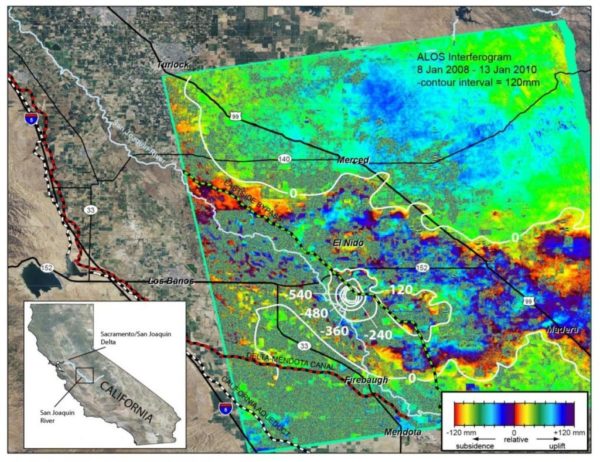 Subsidence of land surfaces has increasingly become a greater concern around the world as groundwater has continued to be depleted due to increase water demand while surface water depletion means that populations increasingly look to use subsurface water.

The lowering of Earth’s land surfaces promises to be a major problem for urban and rural regions and mapping these threats accurately may prove important to plan, prevent, and minimize this threat.

Using a literature review and spatial analysis, it is evident that some 34 countries are at major risk in the coming decades for major subsidence of their land surface. In particular, a recent mapping effort that looks at every 30 arc seconds resolution across the globe identified that very flat areas with unconsolidated sediments accumulated in alluvial basins or coastal plains are the most vulnerable.

Click here to continue reading at the GIS Lounge.

“A team of Stanford University researchers believe they have identified the best way to replenish the shrinking aquifers beneath California’s Central Valley.  The groundwater beneath the Central Valley has been steadily depleting, particularly as the state’s $50 billion agricultural industry relied on it during a series of droughts. Each year, more water exits the aquifer than goes into it.

The study from Stanford’s School of Earth, Energy and Environmental Sciences, published in the journal Water Resources Research, found that unless action is taken, the ground in that region will sink more than 13 feet over the next 20 years. … ”

Read more from the Sacramento Bee here:  The Central Valley is sinking as farmers drill for water. But it can be saved, study says

“The Friant Water Authority Tuesday morning issued the following statement regarding the flooding in Strathmore last weekend with the hope of clearing up some possible misunderstandings as to the cause of the flooding:

“When it opened in 1951, the Friant-Kern Canal carried at least 4,000 cubic feet of water per second along its route from Millerton Lake, north of Fresno, to Bakersfield.

Then something unfortunate happened.  A 25-mile stretch of land between Terra Bella and Pixley began to sink, and kept sinking, to the point that the canal’s gravity-powered water flow has slowed to about 1,700 cubic feet per second.

The subsidence, caused by over-pumping of groundwater during drought years, means 60 percent less drinking and irrigation water can be delivered to communities along the 152-mile conveyance. … ”

Data shows most of the valley has experienced little to no subsidence over the past nine years, with some exceptions

New data released today measure changes in land subsidence in the Sacramento Valley over the past nine years, finding the greatest land surface declines near the city of Arbuckle in Colusa County. According to the Sacramento Valley GPS Subsidence Network Report and accompanying fact sheet, most of the valley has experienced little to no subsidence, however, land in the Arbuckle area has sunk 2.14 feet compared with baseline measurements recorded in the same location in 2008. The report was led by the California Department of Water Resources (DWR), in coordination with 19 state and local agencies.

“We’ve long known that excessive groundwater pumping causes subsidence, which is one of the many reasons we’ve pushed for sustainable groundwater management and pursued innovative tools to better manage and report subsidence throughout the state,” said DWR Director Karla Nemeth. “Data provided by studies like this inform water managers and owners of large infrastructure so they can plan for and prevent against subsidence.”

Land subsidence can damage critical infrastructure, including water delivery systems, levees, roads, and bridges. In 2017, DWR worked with NASA to release a report on San Joaquin Valley subsidence citing areas along the California Aqueduct that have experienced almost two feet of subsidence over three years.

The Sacramento Valley survey results were collected as groundwater levels were recovering from the severe drought of 2012-16, which saw groundwater levels in much of the state reach historic lows. Compared with 2011 pre-drought groundwater levels, the largest decreases were observed in Glenn and Colusa counties at 58 to 43 feet, respectively. Field work indicates that groundwater levels have recovered an average of seven feet, but more frequent and more comprehensive monitoring is needed to more accurately detail the impacts of droughts and high-water years on groundwater levels and subsidence.

The Sacramento Valley GPS Subsidence Monitoring Network, launched by DWR in 2008, surveyed 300 measurement locations in 11 counties from Shasta County in the north to Solano and Sacramento counties in the south. The 2017 resurvey effort was led by DWR’s Division of Integrated Regional Water Management (DIRWM) Northern Region Office (NRO), with the assistance of 19 state, county, and local entities.

“The data provided in this report are an example of the technical assistance we provide and the collaborative effort needed to facilitate successful and sustainable groundwater plans at the local level,” said Taryn Ravazzini, DWR Deputy Director of Special Initiatives.

DWR offers several tools that assist groundwater agencies and the public assess aquifer conditions and plan for sustainable management, including:

From the Cornell University Chronicle:

“Despite higher-than-normal amounts of rain in early 2017, the large agricultural and metropolitan communities that rely on groundwater in central California experienced only a short respite from an ongoing drought.

When the rain stopped, drought conditions returned and the ground has continued to sink, by up to a half-meter annually, according to a new Cornell study in Science Advances. … “