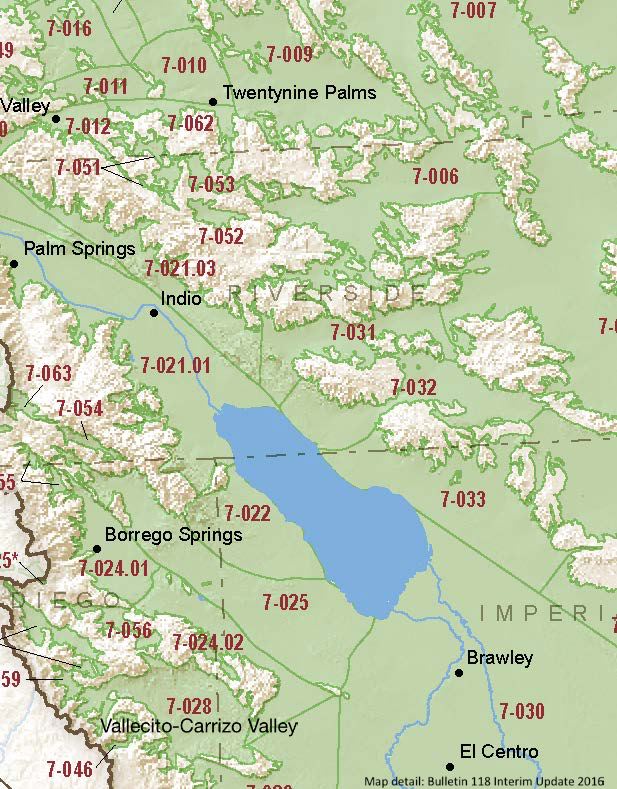 2014: CASGEM basin prioritization – very low. Comment – groundwater quality is marginal for domestic use because of elevated levels of fluoride and mineral content

*(not noted as whether it is AFY)